Not All Industries Experienced Declines During the Pandemic

Consumer habits shifted dramatically in March 2020 in response to stay-at-home orders and the shuttering of offices across the nation amid the COVID-19 pandemic. There were reports of people traveling less, workers gaining unprecedented freedom to work from anywhere and consumers ordering more products online.

But did these lifestyle changes affect industries in the same way?

Not according to a review of the seasonally adjusted 2020 quarterly revenue estimates published by the Census Bureau’s Quarterly Services Survey (QSS).

Seasonally adjusted estimates are ideal because they allow us to compare neighboring quarters. By removing typical seasonal effects associated with a quarter, we can more easily see changes in the series.

Over the last two years, QSS greatly expanded the number of seasonally adjusted series it publishes, adding 62 in March 2020 and 26 in March 2021.

The 2021 expansion included accommodations, educational services, and other services (except public administration) while the 2020 expansion included health care and social assistance, arts, entertainment, and recreation, and real estate and rental and leasing.

With all four quarters of seasonally adjusted data now available for 2020, including the newly added series, we gain better perspective on the industries that economists and others have dubbed the “winners and losers” of the pandemic economy. Unless otherwise specified, all data contained in this article are seasonally adjusted.

Are We Buying More Houses?

According to recent QSS data, the nation’s Offices of Real Estate Agents and Brokers generated $25.1 billion in revenue in the second quarter of 2020 when strict stay-at-home orders were in place across most of the United States — a 23.2% decline from the previous quarter. 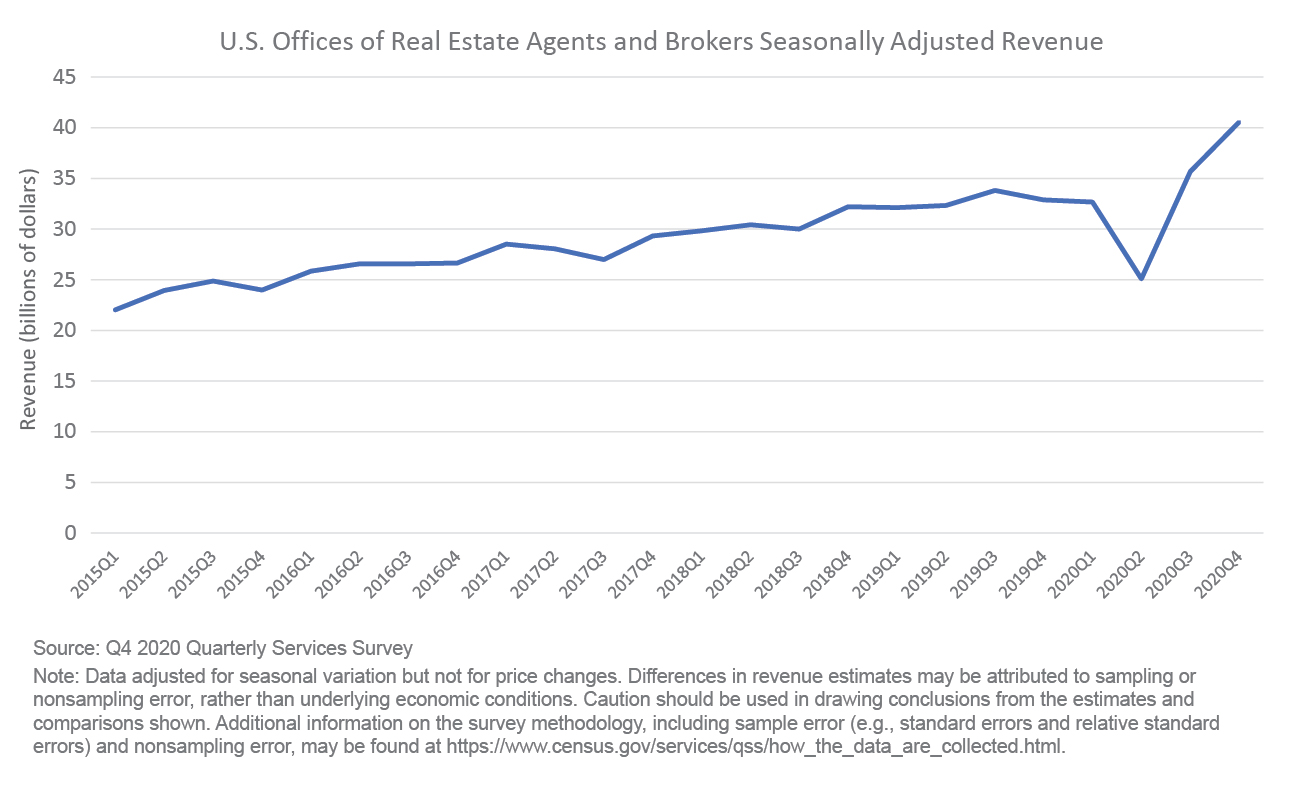 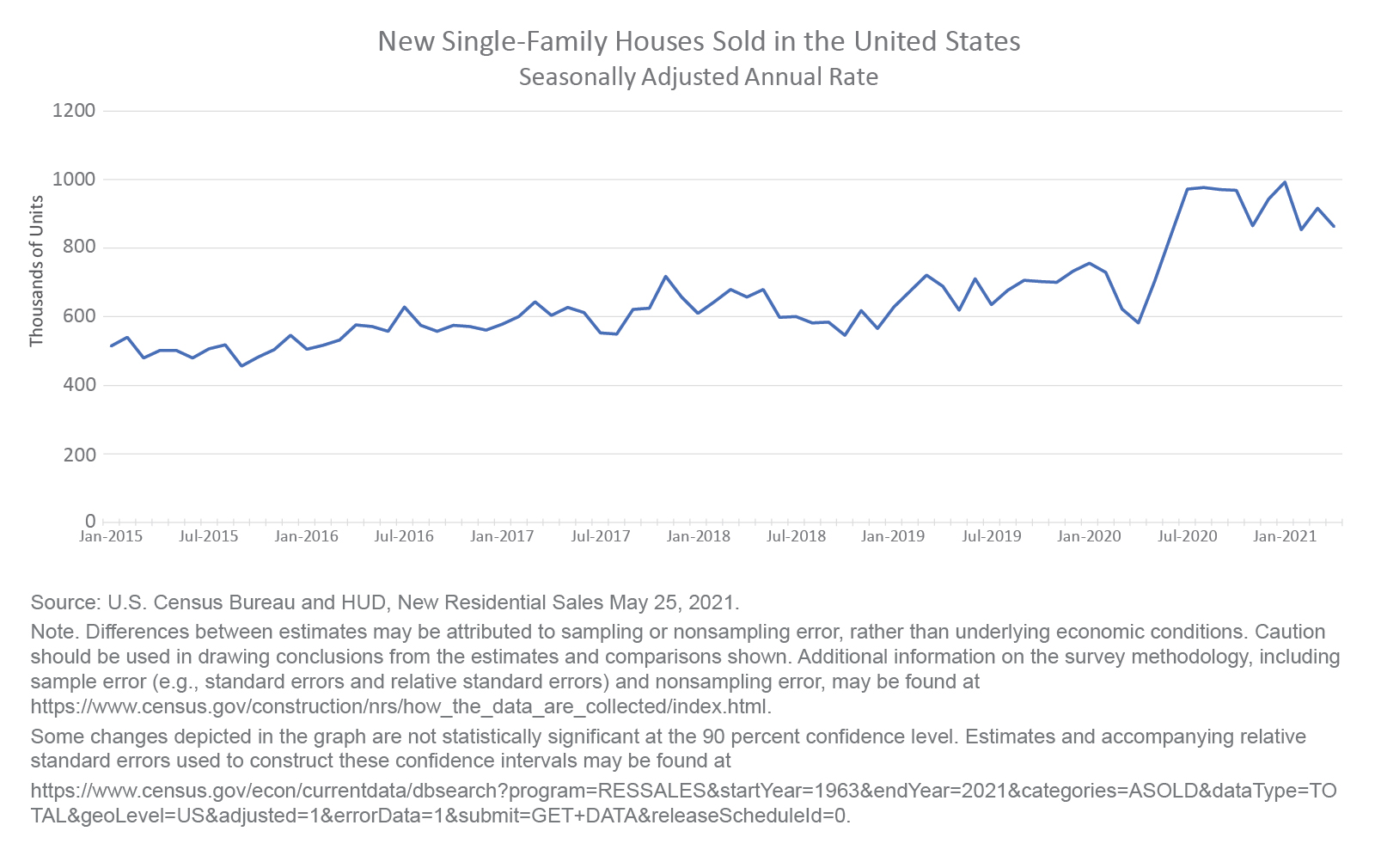 Mirroring the trends in QSS, New Residential Sales (NRS) data from the Census Bureau’s Survey of Construction indicate that the seasonally adjusted annual rate of sales of new single-family homes dropped from 730,000 to 582,000 units between February and April 2020. 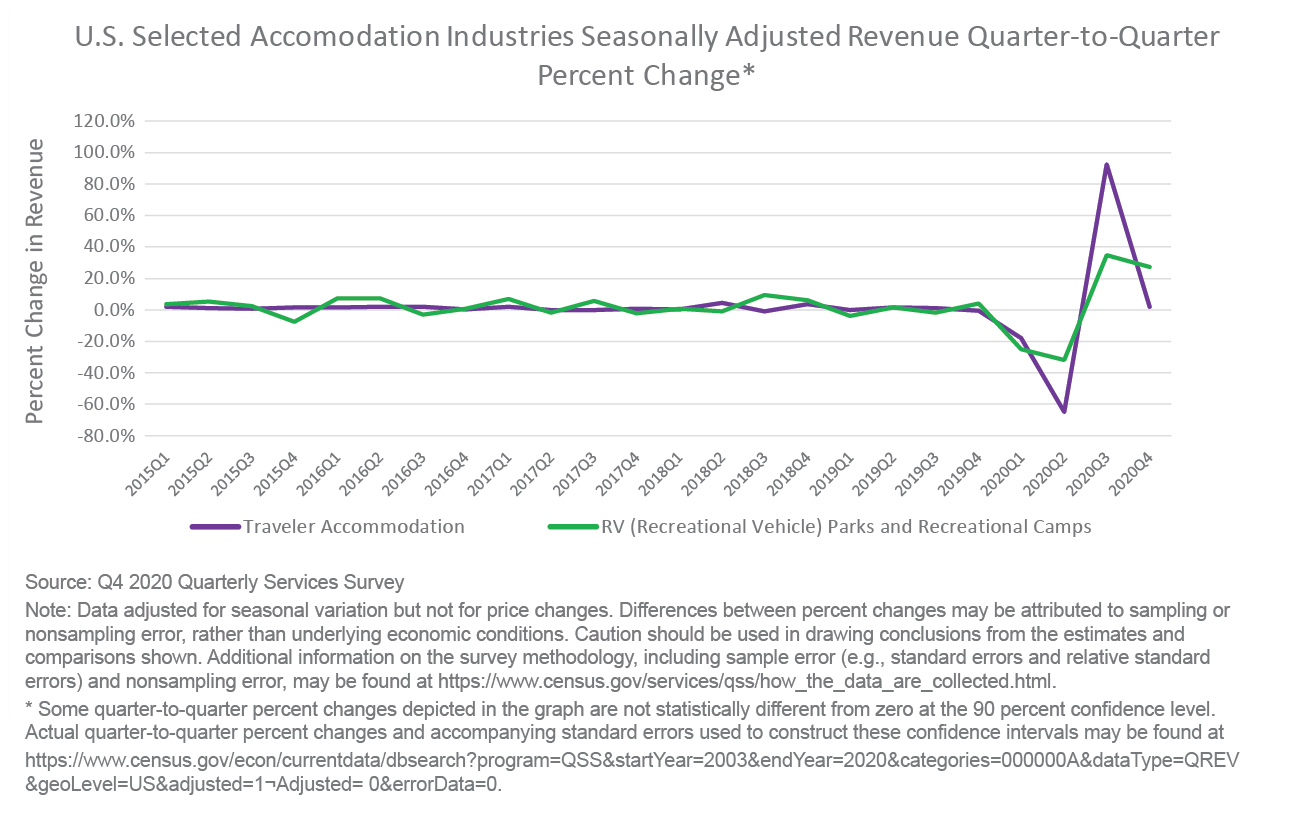 Are We Still Traveling?

Much like real estate agents and brokers, the accommodations subsector recorded a strong increase between the second and third quarters of 2020.

However, the growth was not enough to produce year-to-year growth for the subsector. During the third quarter of 2020, accommodations revenue was $40.4 billion, up 88.7% from the prior quarter but down 44.0% from the third quarter the previous year.

Post-lockdown rebounds in the accommodations subsector happened to varying degrees. Traveler accommodations revenue decreased 64.8% in the second quarter, increased 92.5% in the third quarter, and did not change significantly in the fourth.

Interestingly, the quarter-to-quarter changes for RV (Recreational Vehicle) Parks and Recreational Camps were less drastic. This industry declined 31.8% in the second quarter, then increased 34.8% in the third quarter and 27.2% in the fourth quarter.

Like most sectors of the service economy, Transportation and Warehousing saw a significant decline in second-quarter revenue followed by a third-quarter rebound.

Revenue decreased 25.9% in the second quarter of 2020 — the largest absolute quarter-to-quarter percentage change since QSS began publishing data for the sector in 2010.

As restrictions started to lift in the third quarter, revenue went up 15.3%. 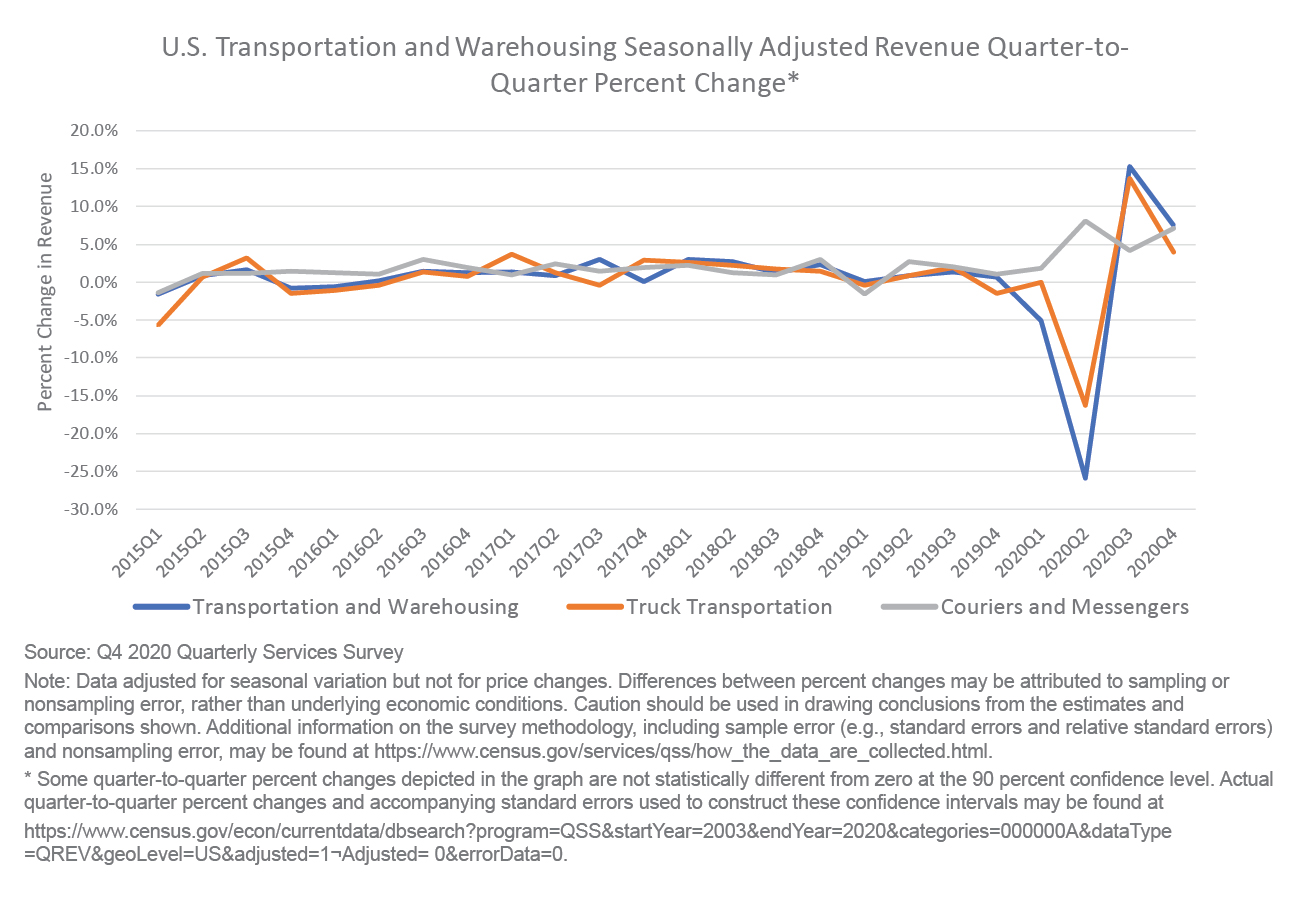 But not all the industries within the sector followed this pattern.

Revenue of Couriers and Messengers grew 8.1% in the second quarter of 2020 while Truck Transportation declined 16.3%. Couriers and messengers deliver smaller packages, such as retail e-commerce orders to consumers, while truck transportation establishments handle larger packages and move freight.

The divergent trends in those two industries during the second quarter of 2020 coincided with a significant increase in retail e-commerce sales, according to the Monthly Retail Trade Survey’s (MRTS) Quarterly E-Commerce Report (table 1).

In the second quarter of 2020, retail e-commerce sales increased 31.8% from the first quarter of 2020 while total retail sales decreased 3.9% for the same period.

Retail e-commerce, as a percentage of total retail sales, rose from 11.4% to 15.7% during this period.

Similarly, revenue for couriers and messengers continued its 2020 growth, up 4.1% from the second to third quarter and 7.1% from the third to the fourth quarter. Fourth quarter revenue also increased 22.7% year-over-year.

Truck transportation rebounded in the third quarter of 2020.  Revenue went up 13.7% from the second quarter and then increased 4.0% between the third and fourth quarters. The year-over-year change in the fourth quarter was not statistically significant.

The QSS and other Census Bureau economic indicators allow data users to investigate changes on both a quarter-to-quarter and year-to-year basis to understand how the pandemic’s economic impact differed across and within various sectors during 2020.